Insanity, The Asylum: Speed and Agility 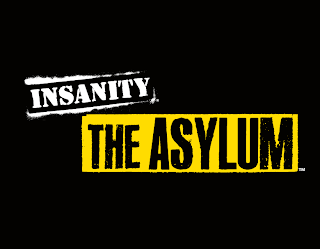 Day 1 of Insanity: The Asylum. The workout is called "Speed and Agility". It uses the Agility Ladder and the Speed Rope (both come with the program, seen here:)

You can also see the Agility ladder here:
So, this workout taught me that I am neither Speedy nor Agile. I mean, really.

I watched the video ahead of time, and it looked kind of fun. It looks like you're just kind of playing with the ladder. Like a kid at recess.

1. I needed more room around the ladder. I kept having to move it. (I placed it on my yoga mat). You basically need space all around it.

2. I felt like I was hardly doing anything compared to the folks on the video.

3. I felt incredibly uncoordinated the whole time, and kept tripping over the ladder.

So here's a general breakdown of the workout:

Warm Up
- Jump Rope Drills: Luckily, a couple of the cast members show it without a rope. There was no way I could do it (first sign there is colossal room for improvement). High knees, criss cross, etc.

- Agility Heisman: Using the Agility Ladder going side to side (this is hard to explain).

Repeat that, with a few variations. For 10 minutes.

Drills that never end:
(I'm just going to list some of the big ones here. I lost track after while, and starting to forget there was life outside of this workout about 25 minutes in...)

Mountain climber progressions: You are in plank over the ladder, then you jump both feet in together to the first rung of the ladder. 20 seconds into it you can move up to doing it into the 2nd rung, then 20 more seconds, the 3rd rung. Right... (Compared to the cast I was doing this in slow motion).

Shoulder Tap Plank Side to Side (This may not be the right name..): This is one of those moves that looks really cool and fun when you're watching the video, but in reality, it makes you kind of want to cry a little.

I had to take a few breaks. My daughter kept throwing her bottle down, and every time I was so happy to have an excuse to stop so I could pick it up for her.

Oh, and at the end, Shaun suggests starting over and doing the whole thing again. I can't even express how hilarious and unlikely that is... if I ever *do* get to the point where I can do that, I will be a superhero and expect everyone to bow in my presence...

Shaun T.: WTF?
Shaun T. gets a little mean in this workout. I've never seen him like this.

"I don't want to see you standing around! Move!"
"Come on, you can move faster than that!"
" I bet you couldn't get away with moving that slow when you were in the army!"
"It only counts if you're tired!"

He lightens up a little later and does say you can take breaks and work at your own level... but for a while there, I was saying some nasty things back to him.

Overall, I've got TONS of room to grow with this workout, and that's a good thing, right?

This picture kind of says it all: 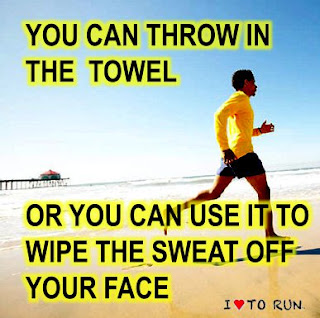 I must confess I quite enjoy swearing and throwing abuse at people in exercise DVDs, and when I'm in a class I have to be VERY careful to not say what I'm thinking ;-)

Great quote, good luck with the workouts, they look crazy!

Promote Your Page Too

Have a question? Comment? Something nice or encouraging to say? Send me an email at:
uberlibrarian(at)gmail(dot)com